Leaders – What Will People Say About You When This is All Over? 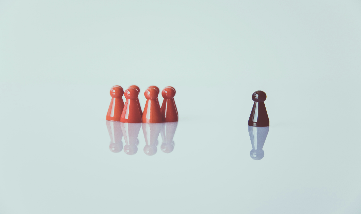 The new ways of working brought on by COVID-19 have inevitably broken down the boundaries between work and home, as people are required to give more of their time, more of their private life and in some cases, risk their lives.

How leaders respond to the COVID-19 pandemic will undoubtedly influence the way people live, work and engage with the organisations they work for into the future. The higher up someone is on the organisational ladder, the greater the expectation for high levels of trust and moral decision-making. When it comes to true leadership, we expect leaders to do the right thing and understand the fundamental principles of right and wrong.

Organisational Psychologist Nicholas Emler (2019) challenges the more technical aspects of conventional leadership, arguing true leadership involves courage, loyalty and humility. A ‘moral compass’ defined by a set of principles and behaviours that support a duty of care and the survival of a workplace culture.

People will remember leadership decisions and behaviours long after all this is over.

The larger the organisation, the more powerful the leaders and more vulnerable its workers. People are currently expected to fulfil their contractual hours and, in some cases, prioritise work over personal and practical responsibilities outside of working hours too.

During COVID-19, the likelihood is that technical mistakes will be made and learnt from. We are living in extraordinary times, people will forgive, forget and learn and improve processes and procedures.

What will remain in people’s hearts and minds long into the future, is poor relationships and bad leadership behaviours. Long after all this is over, poor leadership will fundamentally impact engagement levels, productivity, and the mental health and wellbeing of those they lead.

The 5 moral challenges that can seriously compromise leadership and culture

# 1 The attraction of tyranny – Watch out for the emergence of a ‘policing’ culture in which leaders begin to monitor and question workers who are unable to perform effectively during these challenging times.

Milgram’s (1974) research on obedience to authority showed how even the ‘unwilling,’ defaulted to tyranny if told to do so by people in authority.

Aligning with this form of authoritarian leadership will cause workers to feel trapped and disengaged. But hey, don’t worry, they’ll respond by ‘pushing through’ for fear of reprisals or unemployment.

The moral question is: how will leaders refrain from taking advantage of these current and unprecedented ways of working, to influence workplace culture into the future?

# 2 Ensuring fairness– Etzioni’s (1990) leadership and business economics research shows fair treatment matters more to people than getting as much as they can. Unfair treatment has been linked to lower morale and motivation and increased workplace aggression.

The moral question is: how will leaders pay careful and constant attention to decisions made, to monitor its impact on those they lead and resist the pitfalls of favouritism?

# 3 Pursuing a moral mandate – Social Psychologist Michael Hogg (2001) suggests that when people choose candidates for positions of leadership, they not only choose based on relative competence but also on moral integrity. Social Identity Theory predicts that for leadership to secure buy-in, an organisation’s mission, vision and values need to align with the wider collective and this underpins the ability of leaders to influence and support their people.

The moral questions are: How do your organisation’s mission, vision and values align with doing the right thing for the people in their care? Across what ‘rungs of the ladder’ were they decided at? How clear and transparent are they and do they directly and explicitly relate to actual behaviours? And finally, are these values and behaviours obvious to someone from the outside?

The moral questions are: do your leaders believe they are indispensable? Do they encourage and embrace insights from those they lead?

The problem is that leadership positions often attract people with very high levels of self-esteem, a quality seldom associated with clear insight into one’s own limitations. It certainly puts into important context the leadership characteristics of humility, loyalty and courage, previously highlighted by Emer (2019).

# 5 Avoiding collateral damage – Leaders as decision-makers, are ultimately responsible for anticipating the risks that their decisions entail. How leaders make decisions and behave during COVID-19 will ultimately determine both the profitability and brand perception of their organisation.

The retail workers who are being asked to essentially put their lives at risk, whilst their leaders remain behind closed doors and the managers adopting ‘policing’ principles as a way of enforcing task completion, will all face consequences in employee engagement, productivity and wellbeing, post COVID-19.

The moral question is: How vigilant are your leaders in understanding the consequences of their decisions and actions, beyond the explicit goals of their organisation? Do they recognise their personal responsibility?

What will remain in people’s hearts and minds long into the future, is poor relationships and bad leadership behaviours. It will fundamentally impact engagement levels, productivity and the mental health & wellbeing of those they lead.

How will leadership identify and influence the more negative and counterproductive values, beliefs and behaviours that have been inescapably accepted as ‘normal’ during COVID-19?

There are two important factors that will require practical and strategic focus after COVID-19:

The skills needed to effectively lead through COVID-19 and beyond undoubtedly highlights the importance of developing moral leaders able to build strong and trusting relationships whilst being able to effectively respond to emerging trends, opportunities and threats.

My question to you is how moral are YOU? 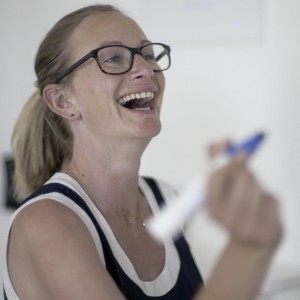 Emma is passionate about developing actionable skills for resilience, engagement and good mental health. She's been involved in Government mental health strategy with expertise in research and bespoke programme design.
All Posts

Tips For Strengthening Your Relationships During COVID-19

Time in lock down, whether it means spending more time together or less, could be an opportunity to strengthen your relationships. We asked Jon Watkins from our team to draw on his own experience and training as a resilience coach for some tips to make relationships survive and thrive during this crisis. 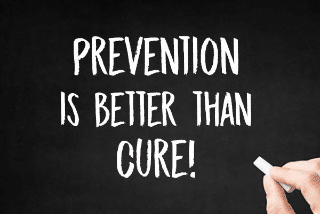 There is mounting evidence that the growing cost to society of mental illness is not sustainable. The sad reality is that poor mental health is often a ‘silent killer,’ only really raising its ugly head with sporadic and shocking media interest into celebrity suicides or accounts of extreme suffering through adversity. It naturally reinforces a Government funding focus on tackling the ‘end result’ as opposed to taking serious preventative action in the first place.

Ready To Raise Your Resilience?

drop us a line Or visit our on-line training courses